Anna Banana was born in Victoria, British Columbia, Canada, in 1940. She got a teaching certificate at University of British Columbia, then acquired her name from students at Vancouver’s New School in 1968. She quit teaching and moved to Big Sur, California, where, after falling into a box of bananas at a party in 1970, she began using the name herself, making it official with a legal name change in 1985.
Banana stumbled into the Mail Art network in 1971 through her “Banana Rag” newsletter, which she began publishing in conjunction with her “Town Fool” project in Victoria. In 1973 she moved to San Francisco, collaborated on performances with the Bay Area Dadaists, began publishing “VILE magazine” in 1974, and in 1975 produced her first “Banana Olympics”; a parody of the Olympic games. In 1978, she toured Europe with Bill Gaglione with their “Futurist Sound” performance, and Canada in 1980 with “Toward the Future”. In the 1980’s she continued the “Banana Rag”, “Artistamp News” between 1991–1996, the “Artistamp Collector’s Album” in 1990, and in 1988 “International Art Post”, which, along with the “Banana Rag”, she continues today.
As member of the artist group Specific Research Institute, Dr. Anna Freud Banana created parodies of research projects with works such as “Proof Positive Germany is Going Bananas” (1993), and “Bananas in Distress” (1998). Using humor, her public events aim to question authority, and engage the audience in a creative act. Her “research projects” include “Tie a Knot on Me” an interactive work, presented in 1993 in conjunction with Karla Sachse‘s “Knots/Crossings at Nordbahnhof Station” as part of Berlin’s annual Transportale event in 22 subway stations across the city. Researching the public’s response to an unusual request, Banana engaged passers in tying a knot using coloured threads on the back of her jacket. Her most recent research “But is it Art? Where do you draw the line?” a “tongue in check” attempt to define art, was presented in Rome, Cararra, Gent, Minden, Berlin, Budapest, Bremen and Aalborg in 2009. 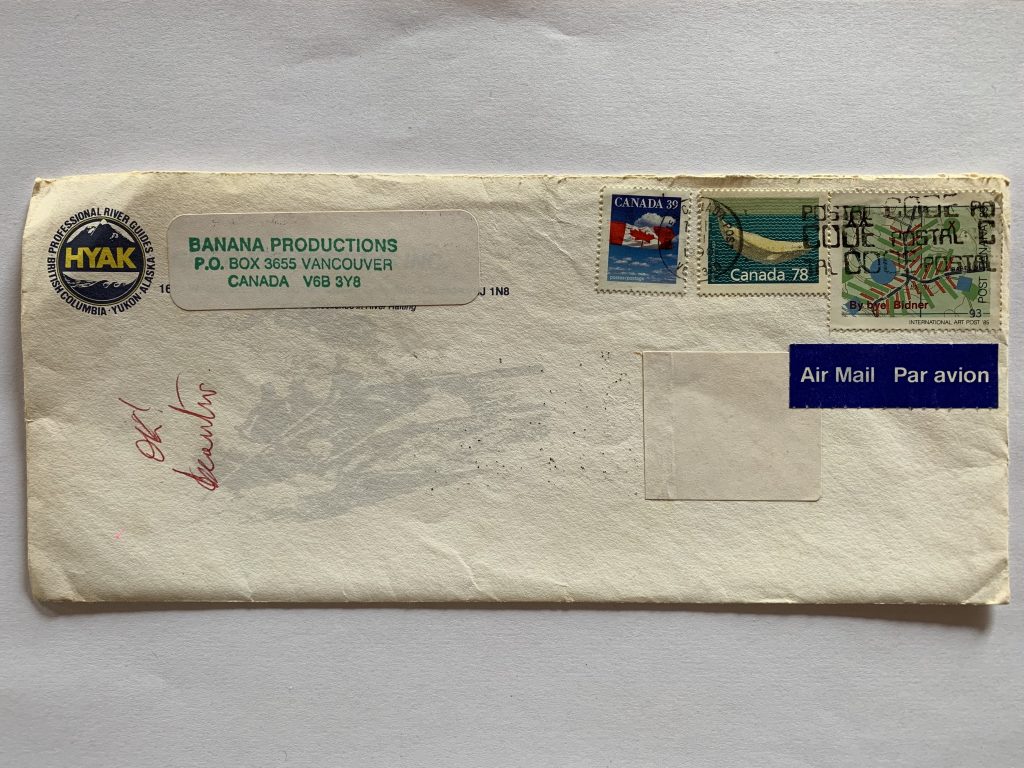