Chuck Welch, aka CrackerJack Kid, was born in Kearney, Nebraska, in 1948. He was first exposed to Mail Art through the exhibition Omaha Flows System, curated by Ken Friedman at the Joslyn Art Museum, Omaha, Nebraska in 1973. Welch became actively involved in mail art in 1978. He adopted the name CrackerJack Kid because going to the mail box each day reminded him of opening a box of CrackerJacks – you never knew what surprise you would find inside. Welch was a member of Ray Johnson‘s New York Correspondance School. Both were in regular contact and Johnson kept mailing to Welch daughter – now a Mail Artist herself – who he referred to as CrackerJack’s Kid.

Besides being an active participant in mail art for approximately two decades, Welch also published two significant books about the network – Networking Currents (1986) and Eternal Network: A Mail Art Anthology (1995).

As the Internet began to evolve, Welch explored the relationship between Mail Art and the Internet through the project Telenetlink (1991). He also developed Netshaker On-Line (1995), an e-zine, and EMMA (the Electronic Museum of Mail Art), the first web-based site devoted to mail art and first virtual art gallery (showing besides others Mail Art’s first online exhibition “Cyberstamps”).

As the decade of the 90s ended, Welch had withdrawn from active participation in Mail Art, but is now active again, writing about Mail Art, making works on paper and artists’ stamps. Besides that Welch is also active as a folk singer, and lives in Hancock, New Hampshire. 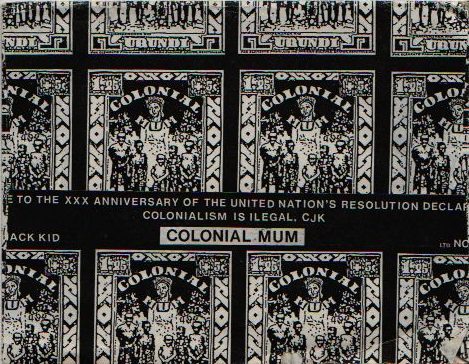