Geert De Decker (Sztuka Fabryka) was born February 21, 1969 in Temse, Belgium. He attended Saint-Lucas artschool in Gent. Sztuka Fabryka is active world-wide since 1986, first as organiser and curator of several international art events. While organising the events, Sztuka Fabryka was very active in the avant-garde Mail Art network with collage and rubberstamp art. These mediums, and concepts as “do it yourself” and “add to” which frequented his work during this period, still influences his current body of work. During this period he established his Sztuka Fabryka Archive with art pieces from more than 1500 artists world-wide.

In 2009 Sztuka Fabryka moved from Belgium to Asturias in Spain, now spending all his time on his own art and work. The Archive itself went in 2014 to the National Museum La Reina Sofia in Madrid, Spain, where it is preserved as it is.

In Asturias he soon developed a fascination for rural places and introduced traditional, regionalist, folkloristic and even religious themes and designs in his work. It started with the “Urban Shrines”, pieces which are inspired by the little chapels of devotion which once were to be found along the streets in the Flemish country side.

The specific situation in which Sztuka Fabryka has to work in, such as limited access to professional art material but also the “Do It Yourself” culture he grew up in and a great wish of independency, influences his techniques. As such, mainly recycled materials as cardboard and paper, and techniques as rubberstamp art, stencil graffiti, collage, … are used in his work. 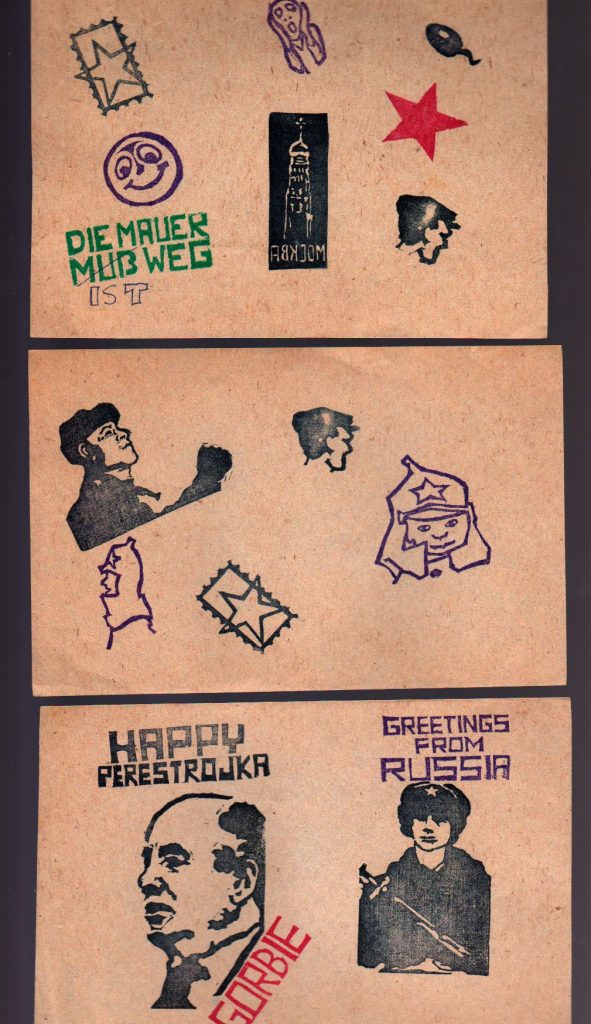