Guillermo Deisler was born in Santiago de Chile June 15, 1940. He studied stage design and theatre graphics. From 1967 to 1973 he was university assistant and lecturer for graphics at Universidad de Chile in Antofagasta. After the military coup on September 11, 1973 he was arrested for two month. Friends managed to get him a French visa so that he could emigrate to Paris. After a few month in exile he felt like there is no livelihood for him and his family in France. He decided to move to the former GDR. There he met some Chilean refugees in Eisenhüttenstadt. Due to decisions made by Chilean comrades and to an agreement between the socialist states he was „banned“ (Deisler) to Bulgaria as a quota refugee. Still, he worked together with the theatre director Hans-Uwe Haus on a regular basis, and on various projects in the GDR and in Greece. Only in 1986 he was allowed to get back to the GDR. Deisler lived, on to his death, in Halle/Saale, where he worked at the opera. He engaged himself intensely in experimental and visual poetry and founded the artists- and Mail Art project UNI/vers(;) in 1987, which he kept running, with 35 issues, up to his death. In 1988 he organized the exhibition Visuelle Poesie (Visual Poetry) together with Karla Sachse. Two years later he edited the anthology wortBILD. Visuelle Poesie in der DDR (wordIMAGE. Visual Poetry in the GDR) together with Jörg Kowalski. In every country Deisler lived in he published original graphic artists books in circulations between three and 50, amongst them GRRR in Chile in 1969, le cerveaux in France in 1975, in 1977 packaging poetry in Bulgaria and in 1988 make-up in the GDR. His Mail Art project Federn der ganzen Welt für meinen Flug (Feathers of the whole world for my flight) had been shown in Annaberg-Buchholz in 1989 and furthermore – during the autumn demonstrations – in Berlin. This project is today at Schloss Friedenstein in Gotha.

On October 21, 1995 he died of cancer in Halle. His archive with over 5000 Mail Art pieces is today in the archives of the Academy of Arts in Berlin. His works are at Sächsische Landesbibliothek Dresden, at the Schiller-Nationalmuseum/Deutsches Literaturarchiv Marbach, at Sackner-Archive of Concrete & Visual Poetry in Miami as well as at the Public Library of the Museum of Modern Art in New York.

His most frequently used techniques were woodcarvings and collages. He used them to produce visual poetry, in which textual elements were more than just a written language to transport content. His artistic handling of the linguistic sign had been influenced by his experiences in exile. He had to deal with new and foreign languages several times: „That languages among each other are just a means of separation and no international codex of signs that would support each other“ lead him to a search of „sign systems, that would work beyond language and that help to understand and utter a thought, a message“. 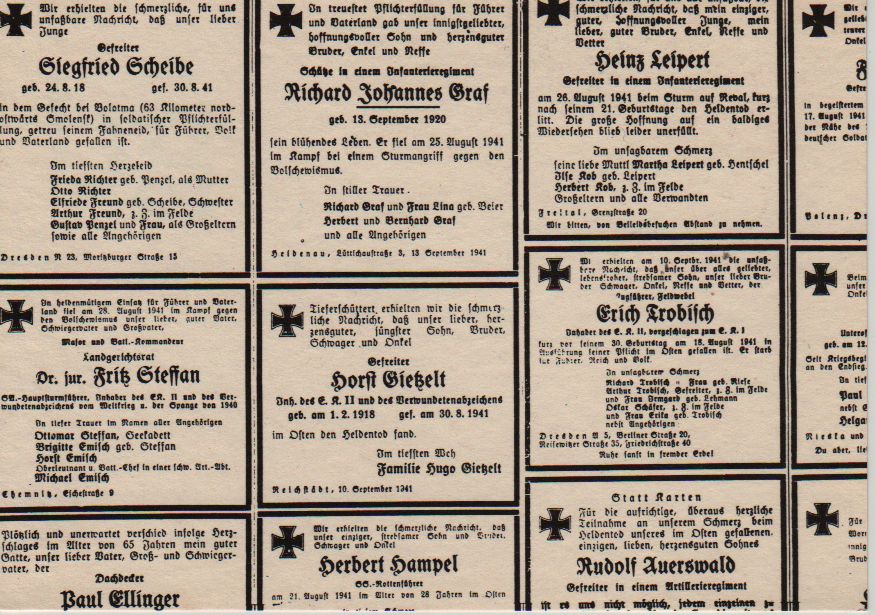